The Cape Henlopen Educational Foundation has elected Jennifer Noonan to a three-year term on its board of directors.
Noonan has worked in the children and family space in varying capacities for more than 15 years. Prior to moving to Delaware, she worked in New York City for the Nickelodeon Kids & Family networks at MTV, where she was a part of digital production and managed online video for Nick.com, Nick@Nite, Teennick and Spongebob.com. There, she developed a keen interest in librarianship and started working toward her master’s degree in library and information science at Syracuse University’s iSchool, which she completed in 2012.

In June 2017, Noonan took the position of children’s librarian at Lewes Public Library. She has worked since then to broaden its collection and programming for children from newborn to age 12, and to increase outreach in the community, including strengthening the library’s partnership with the Cape Henlopen School District.

“Jen has a passion for making sure young people have access to information and books, and has spearheaded Dolly Parton’s Imagination Library and the Keep Cape Reading initiative in the Cape Henlopen School District,” said CHEF President Rick Grier-Reynolds. “Dolly Parton’s Imagination Library expanded to a five-district pilot by the state of Delaware in January 2020. Keep Cape Reading delivered more than 800 brand-new books to Cape students during the coronavirus pandemic at school meal distribution, and has begun installing bookshelves at local food pantries where children can select books to take home for keeps when they visit with their families.”

CHEF has been a nonprofit strategic partner of the Cape Henlopen School District since 2007. For the latest information about how CHEF is providing Cape students in kindergarten through 12th grade with the tools they need to excel in school and life, go to chef-cape.org.

OUR SPONSORS - PLEASE SUPPORT THOSE WHO SUPPORT OUR KIDS 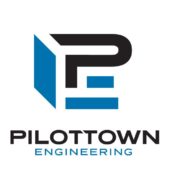